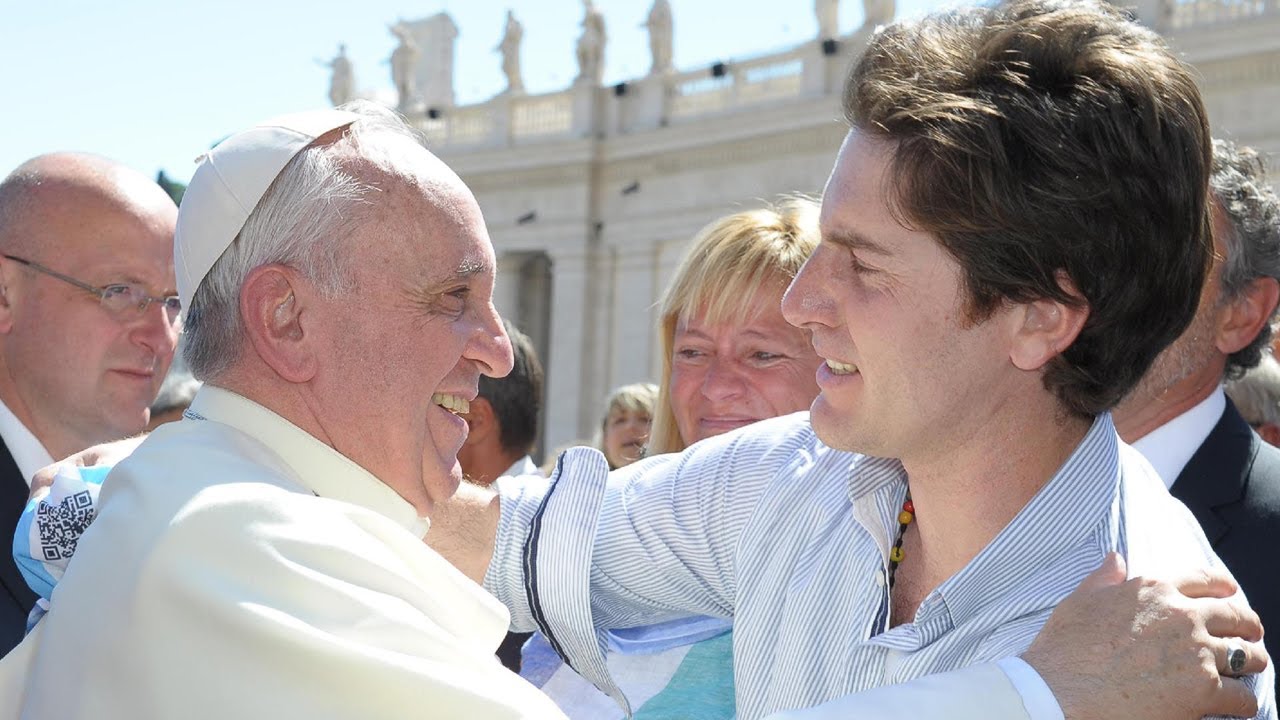 Nicolas Garcia Mayor (Bahía Blanca, December 15, 1978) is an Argentine entrepreneur and industrial designer focused in humanitarian development, social innovation and environmental preservation. He worked and lived in Europe conducting various architectural and innovation design projects. Since 2000 he has been working as an Industrial Humanitarian Designer, identifying, designing, developing and implementing innovative solutions in countries in South America and abroad, including China, Austria, Spain, France, United Arab Emirates. Today, his designs travel around the globe and have been showcased in many countries. Among other recognitions, in 2014 he was awarded by JCI with Ten Outstanding Young Person of the World TOYP for his contribution to children, world peace and human rights. With his humanitarian innovation called Cmax System, he was invited to present in the 68th the United Nations General Assembly UN, in New York City. He was also invited to Vatican City by Pope Francis, who blessed his project for the humanitarian work refugees. The Government of Argentina honored him with one of the country’s highest awards “Ambassador of Argentina Country Brand” and the Senate of the Argentina Nation bestowed the award for “The Latin America Development Leadership”. In 2016, the US Government gave permanent residency status citing “Extraordinary Ability” and “Brilliant Talent”. As a social entrepreneur, he has given multiple TED (conference) around the globe and has worked as an innovation consultant for international organizations such as the United Nations (UN),the Inter-American Development Bank IADB, universities worldwide, national and local governments and NGOs. Nicolas has been a Jury of Honor of Balseiro Institute and the National Atomic Energy Commission of Argentina. Garcia Mayor has also consulted as a researcher on humanitarian needs, assessments and mitigation for Médecins Sans Frontières (MSF) International, National Scientific and Technical Research Council CONICET in Argentina, Masdar Institute in Abu Dhabi, Nigeria Future Energy Group NIFEG, Salzburg Seminar in Austria. He was also selected by consultant Marcus Evans to join the World Industrial Design Summit in Cannes and Berlin as a consultant to leaders such as BMW, Audi, Coca Cola, Google and Facebook among other companies.